Breakfast at dawn on the beach

“When they landed, they saw a fire of burning coals there with fish on it, and some bread.Jesus said to them, “Come and have breakfast.” None of the disciples dared ask him, “Who are you?” They knew it was the Lord.” ‭‭John‬ ‭21:9, 12‬ ‭NIV‬‬

I read this beautiful passage today and I wanted to enter that experience on the beach with Jesus so I entered vision. I saw the fire on the beach from the perspective of me coming out of the water and Jesus facing me on the beach, standing on the other side of the fire where He was roasting fish. He asked me to come and have breakfast. It was just Him and I on this beach. But I could see mostly His lower garment, not so much His upper body nor face at that point as it was still dark out. The fire was making His garments glow and more visible. Since He invited me, I should walk over to Him but its a bit scary. Its Jesus Himself!! Not just anyone. I walked over. Like sheepishly. I kept walking towards Him still only seeing His lower garments by the fire. I found myself approaching but not directly looking right into His face. It’s a bit scary to look into His eyes. What would His face look like? What would I see? So I approached until I reached Him and found Him taking me into His arms. It was easier to just rest my head on His chest as He held me, I couldn’t breathe at the thought of looking up into His eyes. I didn’t dare yet. What a warm welcome! Just for me! He made breakfast. Just for me! It was just me and Him. I felt so warm and peaceful and good. I rested my head on His chest. He embraced me very warmly. One arm around my back, His hand holding my head. I was overwhelmed. But then I found myself looking up into His face anyway. I was met with this biggest, warmest smile that was so real. There was nothing but acceptance and love in that smile. It was sooo good. I was watching this unfolding in the spirit and then became aware that physically I felt a tear started rolling down my cheek as I was siting eyes closed on the couch. Then I went back into vision. I realized that His smile was so amazing it wiped away my initial fear to look Him into the eyes. I realized He is a friend. Not a scary person I need to be afraid of. I said to myself, “this is better then eating food”. Then suddenly in a split second I sensed Jesus said “lets race”. Then I saw us both take off running on the beach. I didn’t know if I should try to beat Him running (being a competitive person) or maybe He would let me win anyway? 🙂 🙂 But in the end it wasn’t about competition, who could run faster (As if anyone could outrun the Creator). We were just having fun and I could hear Him laughing crazily!!! He even stopped to catch His breath as He was still laughing loudly. I thought to myself…. “man! Jesus is so down to earth! He knows how to have some fun!” And the vision ended. I loved the experience and I still feel warm inside. 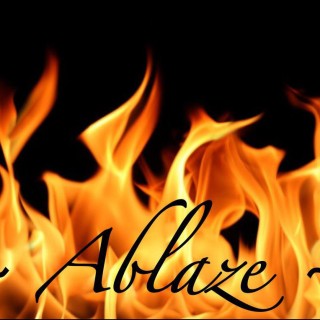 Former Missionary together with my husband of 21 years and 2 daughters. We were based in Hawaii, Nicaragua, Costa Rica, South Africa and Jamaica the first 11 years of our marriage. Now serving the Lord in the market place. Twitter: @sorayarosaria